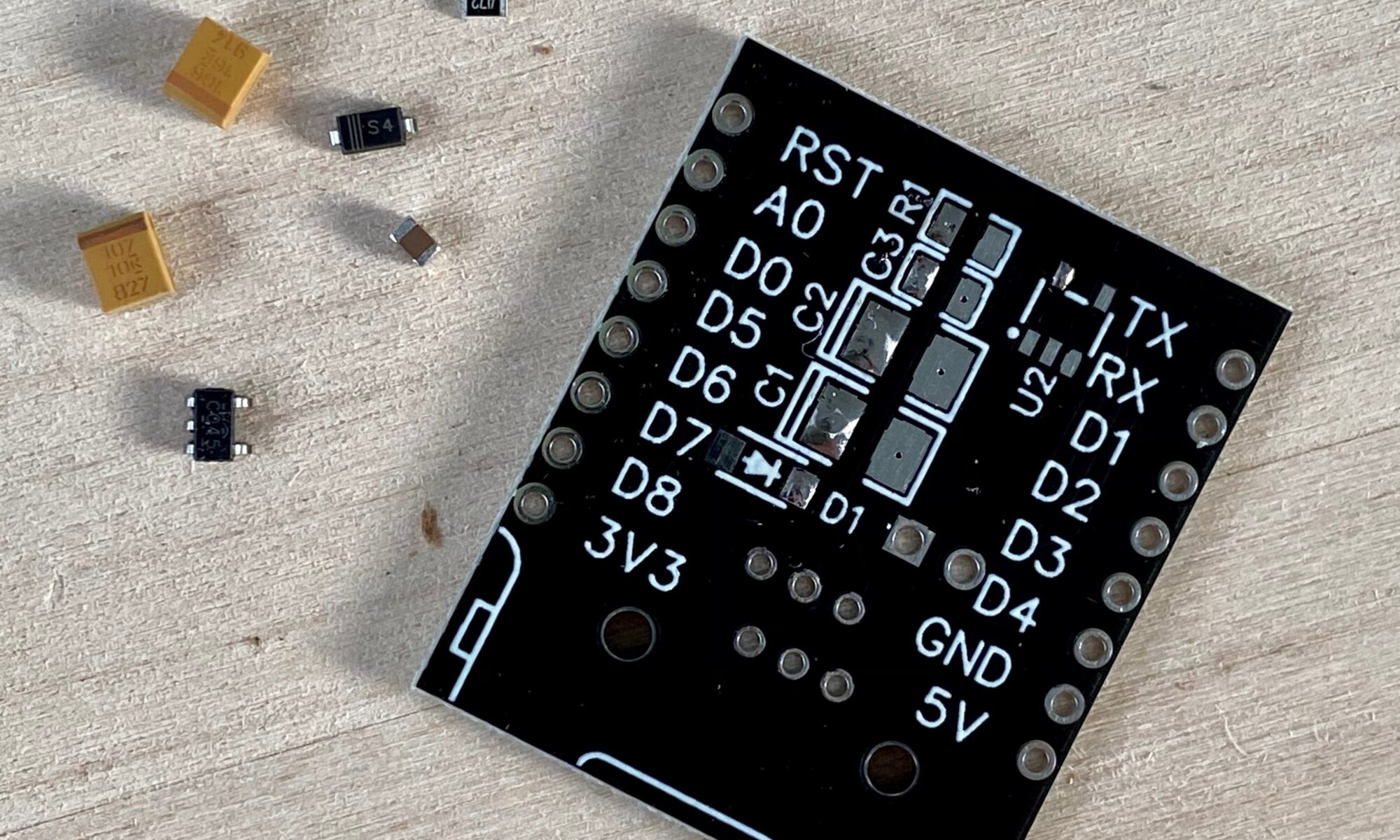 Crap, I did it again … two new updates/versions, and I didn’t write about it.

After using the logic inverter on the ethernet module, I wanted to use it on the WiFi version too. So I redesigned the board…

I reused the old design/footprint, as it was quite compact. Rearranged the components, added some extra capacitors for extra stability, and the result was looking good:

I was intended to write about this model for a few weeks, till I heard from a customer that it was slightly damaged while sending it via mail. The headers where bend. Not that is wasn’t working anymore, luckily it was able to bend it back and still use it.

Improving it for sending it via mail

Searching for a solution I had several options. Using better package was my first thought. Yet that would raise the costs, as I needed a package and I couldn’t send via envelope and therefore sending it as packet (more costs too).

Second option was printing a plastic piece between the PCBs, to make it sturdier. That doesn’t impact the the building costs, only the sending costs a little. Still I wasn’t happy with this option.

Third option was soldering the Wemos directly to the board. That looked even better and makes it more compact. Yet soldering it to the PCB cause a problem: it wasn’t possible to program it via the USB. The logic inverter is constantly connected the to Rx of the Wemos and therefore not able to receive data from the usb-serial chip. This option needed a new, customised pcb… so that is what I did 🙂

Again using the same design, just making some adjustments. At first I thought to disable the logic inverter (by cutting of the power). Yet that didn’t work all the time. So I chose the easiest way: disabling the signal from the inverter to the Rx… with a jumper 😉

Version 2.0 and 2.1 are identical, in footprint. Only added a jumper and therefore some changes to the traces on the board.

At first I used the standard normal ordinary Wemos for the first test. Yet I had to space it a little to make it fit:

This was for sure way more sturdier than before and would bend while sending it via mail. Yet I still thought it good be better than this…

The Wemos D1 mini Pro has alle the components on on side and is an awesome choice for this board.

Yep, this definitely looks even beter than with the normal Wemos D1 mini.