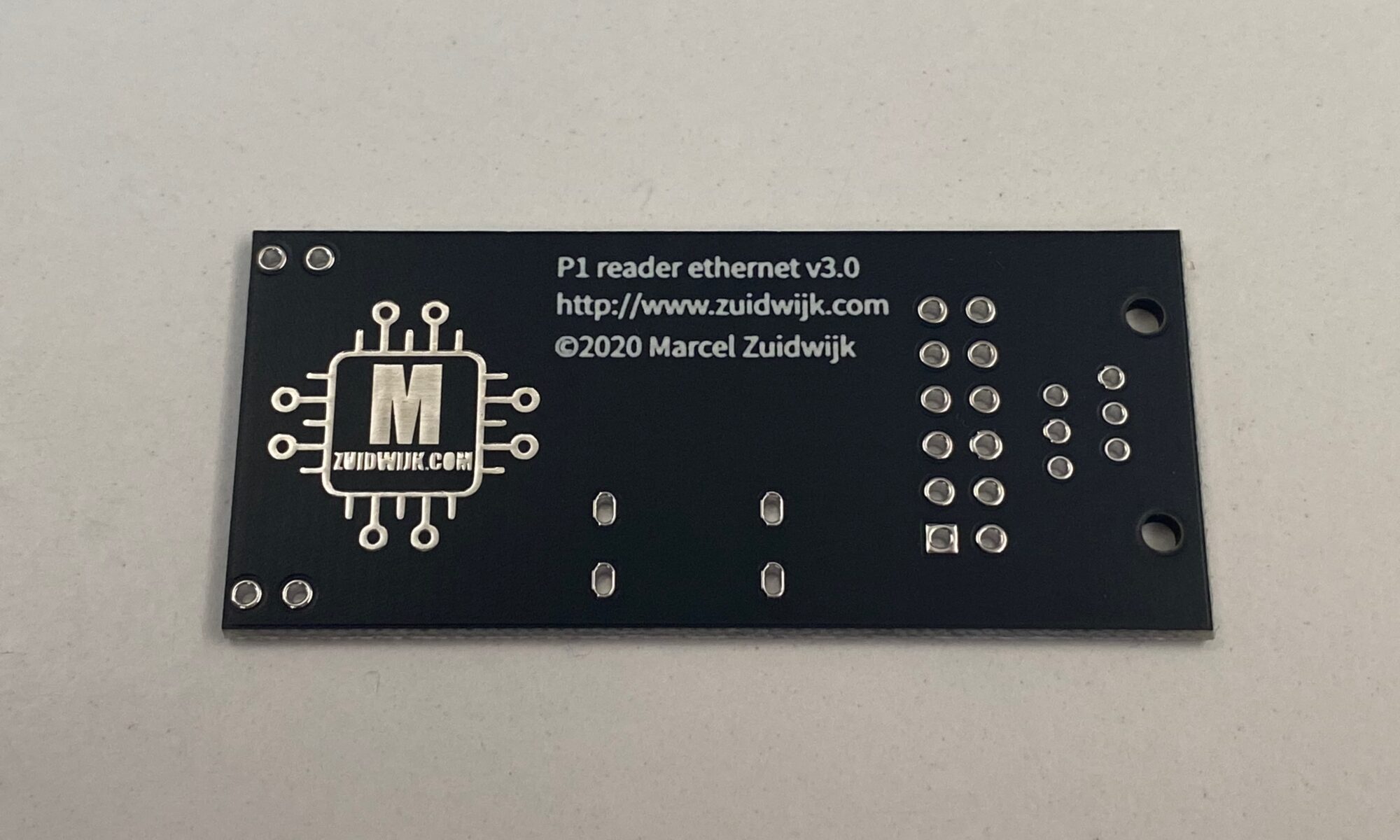 For a long time is was thinking about redesign the ethernet P1 reader. I wanted to get rid of the “ugly” jumper on the board. Therefore I’m using a dual anode and common cathode diode to make sure the power between USB and P1 stays separated.

Second thought was to place the components on the outside, which makes it easier repairing if a component would die for some reason (lessons learned with v2.0 using the BS170 which failed several times). Yet that would make it also more vulnerable, so that thought didn’t make it to the final design: