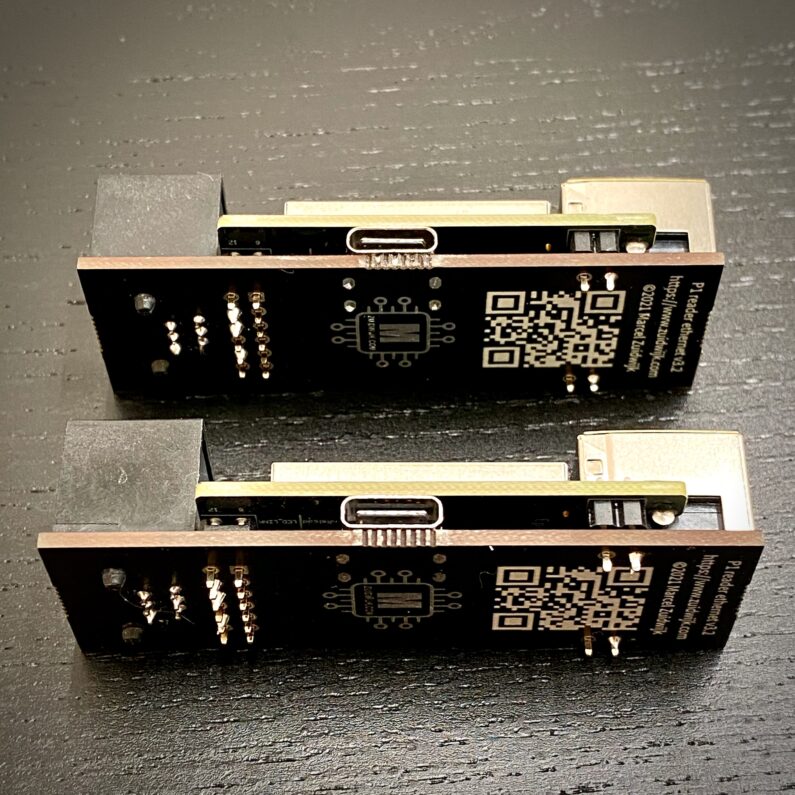 Normally I create a version, write about it and then sell it. Lately I was too busy to do all that. As I had some backorders, I wanted to make and ship them first to the customers. Yet now I’ve managed to free some time and write about the new version: v3.2

As pcb’s were running out of stock, and requests are getting higher, it was time to make them on a more efficiently way. I used to solder them all by hand, yet that is taking way too much time lately.

While trying to order them pre assembled, I noticed that one specific component wasn’t common, and could cause delays in production and delivery. So I replaced that component with a more common component.

As I order my pcb’s via JLCPCB, I noticed they start assembling USB connectors, yet not the one I use. As I had only a few left in stock, I didn’t want to risk the change of not able to deliver and ordered them without USB connector, that I still assemble myself.

Assembled pcb’s cannot be cut via vcut, and must be cut via stamp hole. that costs precious space on the 100x100mm boards and makes me get less pcb’s panelized on a single board. That made me choosing to make my pcb’s a little longer. Connector to connector, that looks in my humble opinion better… well, judge for yourself ☺️