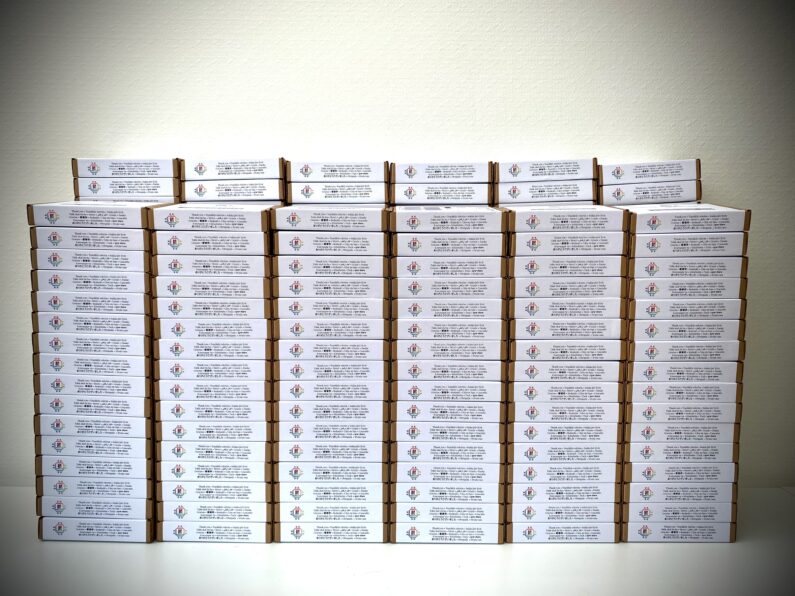 All orders processed under #3883

Some orders above have also been processed like most of the doorbell and ethernet orders. Not all, as some orders are combined with the SlimmeLezer.

Yesterday I was able to make another 45 pcs which will ship today. That means there about 70 pcs left to make and finish the backorders (finally 🎉).

Yesterday I’ve made another 60+ pcs. Today another 120x Wemos arrived, so more soldering will be done next few evenings. Today I’ll ship another ~70 orders.

Last Monday another 150 pcb’s arrived and yesterday 120x Wemos arrived. About 80 orders have been processed and is ready to be shipped today.

So a few days passed by and still stuck at 3600. There are 250-ish backorders left and I’m making 300 devices within a week+. I’ve got 150 pcbs ready with header and waiting for a Wemos. I’ve got another 150 pcb’s te be delivered mid next week. There are 300x Wemos on it’s way to me (probably delivered this week too). So all final backorders will be delivered within two weeks.

Another update is that I’ve designed a new beta version, which will be assembled 100% by the factory. No more soldering by hand and quicker delivery time. No changes in functional design. Still the same esp12 (like the Wemos), same inverter, same caps, same serial chip. The only difference will be an USB-C connector. Once the beta is fully tested, I’ll order a first batch to see how that will do in the webshop.

Also I’ve stopped accepting backorders. I thought I could handle it after the big spike from August, yet I was lagging behind and getting almost no time to interact on all questions via website and email. Now I can choose to fill up my stock, or take more time in improving the hardware, or helping you with answering your questions.

Today I’m soldering and preparing about 40 to 80 SlimmeLezers. The bad news is: Shipping from AliExpress is delaying. Where a order of parts normally arrives within 10 days, the Store now have shipping times of almost 3 weeks. This unexpected delay causes that I have to wait on parts (the famous RJ12 header) which is expected to be delivered on 28th September. I’ve got about 60 left…

The good news is: I’ve been working on another model, which is fully assembled and needs no more soldering. I’m trying to get these as soon as possible. This model will require a special custom made cable (obvious included 😉 ) and should reduce processing time to almost a 5 minutes each order. These will also not sold on backorder, as I’m trying to get them in large orders to (try) maintain a stock.

Prepared another 40-ish packages to be shipped. Shipped in total about 70 orders. Made about 30 ethernet readers and prepared more orders to be shipped.

Soldered the last 100+ Wemos’s on their pcb. More will soon be delivered. Prepared 40-ish packages to be shipped.

200 orders have been shipped

100 orders have been shipped